20.04.2016 – The second stage of the regional competition for pupils’physics projects within the educational project «Physics around us»

On the proposal of the Communal Institution of the Lviv Regional Council “Lviv Regional Institute of Postgraduate Pedagogical Education”, aiming the professional development of pedagogical workers, the formation of moral and aesthetic values ​​and ecological culture among schoolchildren by involving them in the experimental research work, the development of a positive attitude towards the surrounding world, the creation of prerequisites for the formation of substantive and key competences and stimulation of natural curiosity and creativity in pupils, on April 20, 2016  on the basis of the Faculty of Physics of Ivan Franko LNU the second stage (final) of the regional competition for pupils physics projects within the framework of the educational project “Physics around us” was held.

The competition was attended by 28 teams of pupils of the 7th  forms of secondary schools of Lviv and the region.

The contest was held with the support and assistance of:

The pupils not only presented and defended their educational projects, but also had the opportunity to see an interesting physical experiment “Mysterious Physics”, which was prepared by the teachers of the faculty and graduate students of the departments.

The summary table of the results of the contest 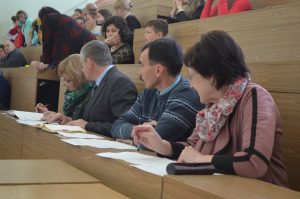 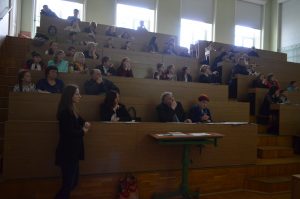 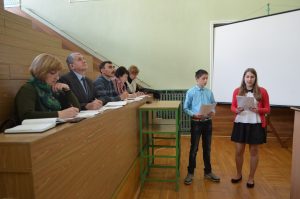 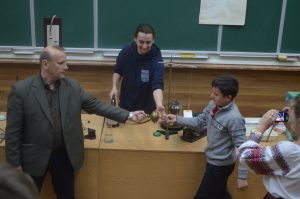 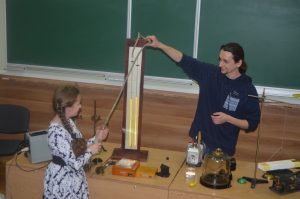 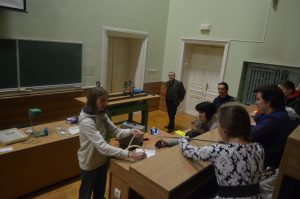 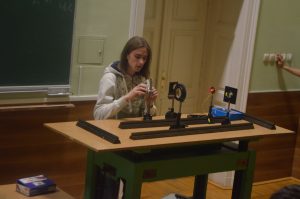 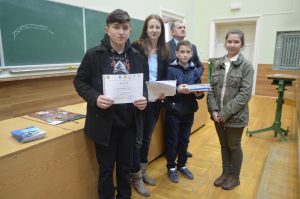