Development of technology for obtaining thin films of semiconductor compounds and metal alloys, short-range study in amorphous materials, study of the kinetics of phase transitions in condensates and their physical properties. 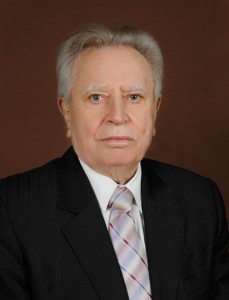 Born on April 15, 1931, in the village of Synitsya, Khrystynivskyi district, Cherkasy region.

He is the author of more than 550 science works and 30 patents and copyright certificates, the supervisor of 25 candidate dissertations.