About us > Staff > Department of Metal Physics 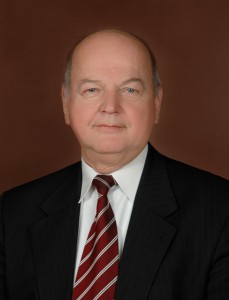 Yakibchuk Petro Mykolaiovych was born 22.03.1948 in the village Scheschory, Kosiv district, Ivano-Frankivsk region. He is a candidate of Physical and mathematical sciences (Nonlocal modeling potential and some atomic properties of the transitive metals, 1976), docent in 1980, doctor of Physical and Mathematical sciences (Method of modeling potentials in the theory of simple, transitive and rare-earth metals, 1997), professor (2001).

He is the author of more than 130 publications, including 6 manuals, 1 course book and 1 monograph

Honored worker of Education of Ukraine (2008)